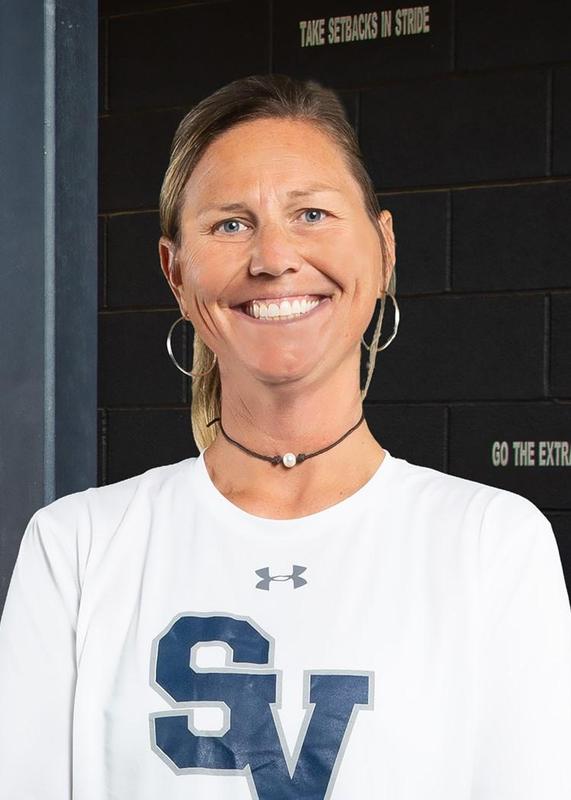 Smithson Valley's head softball coach is making history as the first female coach to serve on the Texas High School Coaches Association (THSCA) Board of Directors. For 15 years, she has been encouraging her students to make a positive impact in the world, and she strives to lead by example.

She didn’t set out to make history when she began her coaching career 15 years ago, but Smithson Valley’s head softball coach, Amanda Wolf-Schramm, is doing just that with her At-Large appointment to the Texas High School Coaches Association (THSCA) Board of Directors.

Wolf-Schramm is the first female coach to serve on the professional organization’s board and officially takes her place July 21 during the THSCSA Coaching School and Convention in San Antonio.

“I am honored and excited to be joining the THSCA Board of Directors,” Wolf-Schramm said. “I want to represent all coaches. I just happen to be a female coach who coaches a female sport. I see this as an opportunity to serve our coaches across the state and find the best ways to help them so that they can help their students be the best they can be.”

In the past year, Wolf-Schramm, who has been at SVHS for two years, said she truly began recognizing and understanding the importance of colleagues supporting one another. She hopes she can offer more opportunities for coaches to collaborate and help one another by working together.

A female serving on the THSCA board is long overdue since the organization was founded in 1930 as a football coaches association and opened its membership to all high school coaches in 1941, dropping ‘football’ from its title.

Besides coaching softball, Wolf-Schramm is also a family consumer science teacher at SVHS, and she tells her athletes and students that they can do anything they put their minds to doing.

Wolf-Schramm has two sons; Theo, 6, a kindergarten student at Bill Brown Elementary and Andrew, 5, who is in the Pegasus program at Johnson Ranch Elementary.